Looking for the best third party app stores for iOS? This article will guide you and end your search.

Many users and critics applaud Apple’s ecosystem. The devices simply co-exist without any hassle. You can sync messages, transfer files, and change settings in a heartbeat.

The App Store is safe, secure, and has some commendable applications that enhance an iPhone’s experience. But some might debate that the default App Store is restrained.

Of course, Apple replies that it’s secure than any other app store.

Users want some spice, and they’ll get it in third party app stores for iOS.

The first one amongst third party app stores for iOS is Tweakbox. iOS and Android users can take advantage of this app store to download apps or games from a vast repository.

The user interface is easy to navigate, and finding new apps won’t be a trouble. You’ll be ecstatic to find a modified and hacked version of the apps that were on your wish list for quite a while. Android users won’t need to root their phones; neither do iOS users would need to jailbreak their iPhones. With over 2000 free apps, this app store is a must-try. Download it from the link below.

Tutu App is the next one on the list of third party app stores for iOS. Made for both Android and iOS users, this app store gives a premium feel, but you can use it for free.

There are two versions available for iOS users: Regular and VIP. Android users won’t have to choose. To download applications from Tutu App Store, you won’t need to root your Android device/jailbreak iPhones.

You’ll find the original applications as well as the modified version. Download it from the link below.

Android users might have heard about Aptoide. It’s capable of replacing official app stores for both iOS and Android easily. You’ll even find exclusive third party apps for Android on this app store.

This platform has all the known apps and supports paid and free applications. You’ll encounter paid apps on sale. If you want to download premium apps on a considerable discount, Apotoide is the one for you. All this is achieved legally. So, download it from the link below.

Appland targets international markets that include the USA, Egypt, Mexico, Iran, Iraq, Panama, Myanmar, Malaysia, etc. It is responsive and easy to navigate to search the applications you would love to explore. 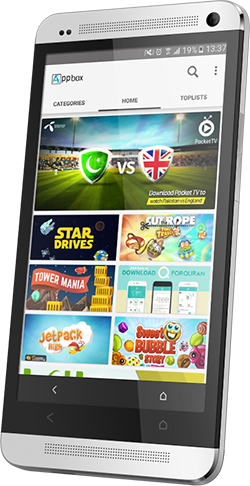 iOS users can even ditch the App Store since on Appland iPhone users can download third party apps for iPhone, figuratively. However, its terms of distribution and revenue are a bit vague, but it isn’t a deal-breaker. Download it from the link below.

I know GetJar for a decade now. It is one of the fantastic third party app stores for iOS. Be it Android or iOS; there are apps for all platforms. As for paid applications, you’ll get those for free. The best part about GetJar is that all the older versions of all the apps are available, so if you think a new update has rendered it useless, you can uninstall that and download a usable older version. Considered as one of the world’s largest app store, GetJar has applications belonging to every genre. Download it from the link below.

This iOS app store is capable of replacing Apple’s default store. You’ll be thankful that you came across this app store.

If you face any problems while using it, you can reach AppValley’s social media and ask them for help. Moreover, there’s no need to jailbreak your iPhones, which is a huge plus point.

Developers test every app on this store in a time gap, which is commendable. Don’t expect much in terms of the user interface. Overall, it’s an amazing third-party app store.

iOSemus is a great App Store alternative that works without a hitch. You’ll get to see tonnes of free apps in iOSemus’ repository. There are two variants to choose from, but the only difference is the icon.

The UI is pretty good and is buttery-smooth. If you face any issues, you can get in touch with the developers on Twitter. If you are worried about security, iOSemus is secure to the core. Download this amazing app store from the link below.

In order to use Cydia, you’ll need to jailbreak your iPhone. And if you consider doing it, it’s a fantastic App Store replacement. All the apps on this app store are jailbroken that does not restrain the usage of the app. But, if you are someone who values the security of their device more than anything, then move on to the next app store. The UI is fabulous and easy to navigate. You’ll notice similarities between the default app store since it looks like an exact copy. You can also change the theme of Cydia. Download it from the link below.

The next on our list of third party app stores for iOS is AppBrain. Running for over a decade, this app store is one of the trustworthy Android app stores you can find.

The app store boasts of over 2 million daily installs, which is super impressive. Over 236 countries can access the app repository of this store, so that is saying something. You’ll see a Cost per install or CPI pricing along with fraud detection algorithms. If you want to find a specific app, you can use the filters to narrow down your search. It’s a superb app store that can take the Play Store’s mantle unequivocally! Download AppBrain from the link below.

The last on our list of third party app stores for iOS is Haven. The name itself is soothing for all the people whose app store list must-haves include security.

If you want, you can download apps from the website, which beats the purpose of having an app store but the option’s there if you want to.

The user interfaces it smooth and easy to navigate. The only drawback is the repository of this app store; there aren’t many apps. Overall, it’s a decent App Store alternative. Download iOS Haven from the link below.

I use APKMirror twice a week to download the apk of WhatsApp Beta. It’s a fantastic website. You’ll find all the latest app files on this app store. It’s worthy of replacing the Google Play Store.

You can also download its newly released app, but it’s still in its nascent days. What is the best third-party app store?

APKMirror, Aptoide, Tweakbox, etc. are some of the best third-party app stores.

What is a third party application on iOS?

An app store that provides apps other than the manufacturer for a mobile device is known as a third-party app store. So, users aren’t just dependent on the App Store or the Google Play Store.

It depends. If the website has permissions of Google Play Distribution, then the third-party website isn’t illegal.

These were some of the third party app stores for iOS and Android. Huawei users can benefit from such app stores since they don’t have Google support anymore.

But first and foremost, iOS users can take advantage of the third-party app stores without going to extreme methods for downloading apps that App Store doesn’t display. Why is the keyboard QWERTY? What are your thoughts about such stores? Have you ever used one? Anything you would like to add? Let us know in the comments section below.